Sony is planning to launch some new low end handsets at IFA Berlin 2014 event, it seems. Two new handsets Sony D2202 and Sony D2212 models are spotted at Indonesian Postel which has leaked so many Sony Xperia models in past before the official launch. By looking at the model number both devices seem to be low end handsets.

Sony D2202 and Sony D2212 model can be the same model of one device. If you look at model configuration they lie in between Xperia E1 and Xperia M2. Seeing Sony’s trend of following numbers in smartphone naming, we may see Xperia L or Xperia J successor in near future. 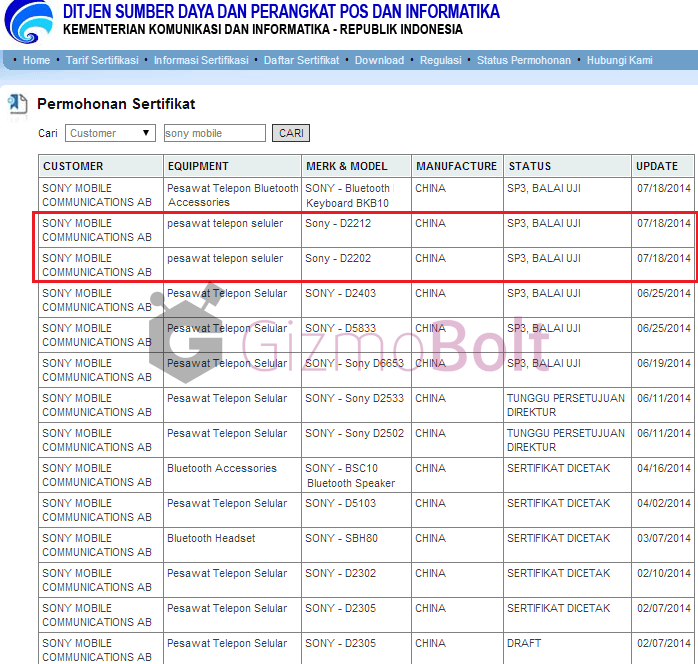 What do you think guys, want to see successor or Xperia J or Xperia L ? Let us know, drop your comments below.