Notification sound for codename of flagships for H1 year 2014 are present inside the notification tones list in Xperia Z1 KitKat update, it seems a pure coincidence to us but name “Altair” has been spotted unexpectedly.

Below you can see some notification sounds whose name corresponds to Xperia device’s naming. 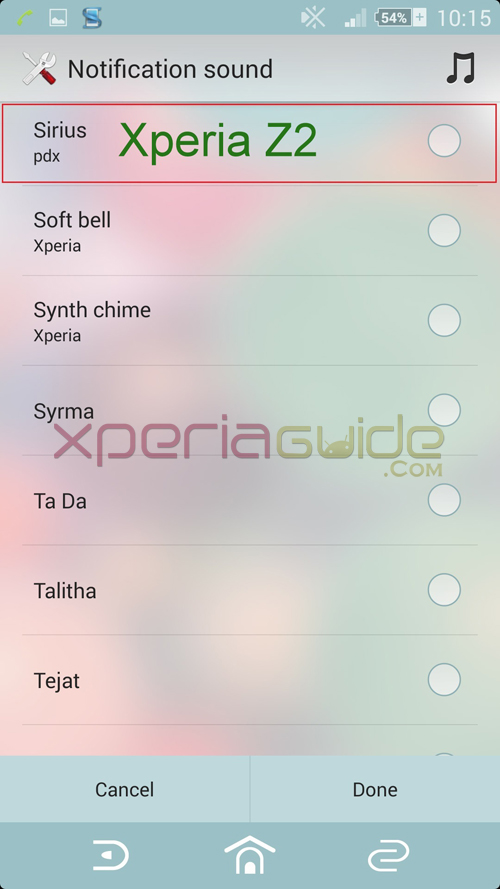 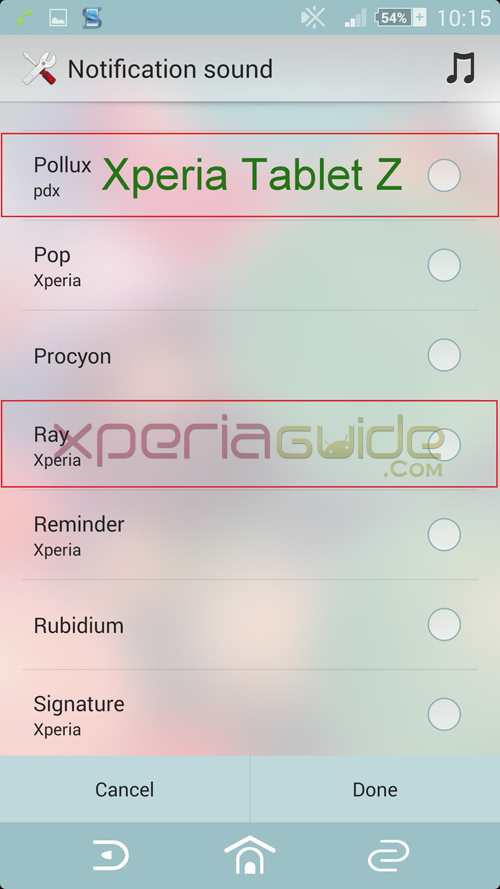 Below you can also see “Canopus” written; a few days back we saw Xperia Canopus making noise as it got certification in Japan but still the device Xperia Canopus is in rumors. 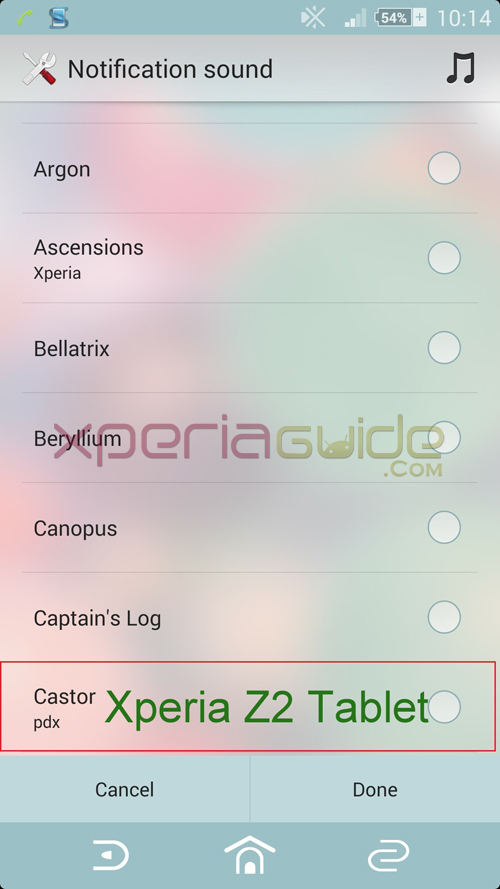 Xperia Altair is very much rumored to be Xperia Z2 Compact whose certification on FCC and its front panels have been spotted on an online retailer’s site. 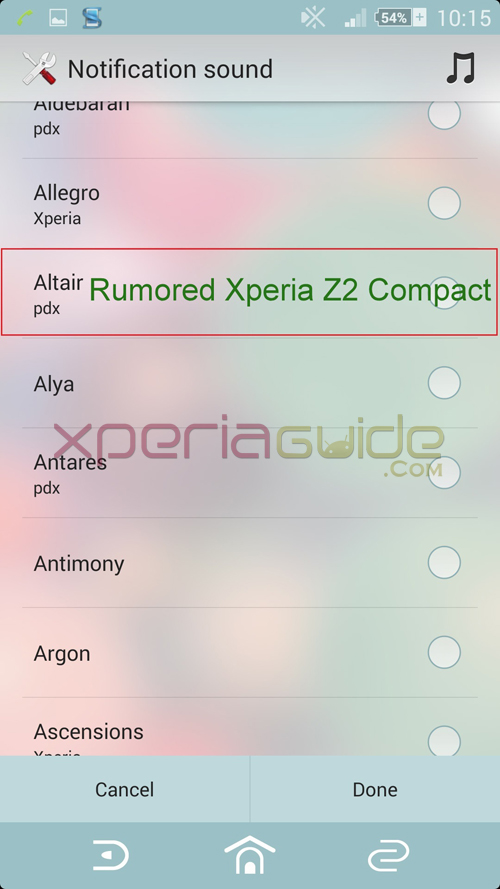 It can purely be a coincidence or a nomenclature from Sony for naming its new device by making a notification sound on its codename.

What do you think guys, let us know. Drop your comments below.