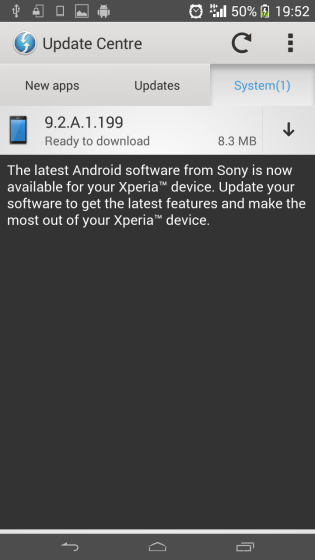 Note :- No Root Needed. Warranty not void, safe. Works on both Locked/Unlocked bootloaders. Below mentioned guide is for Xperia Z1 and is similar for Xperia TX .

No specific changelog is available until global rolling takes place. As soon as 9.2.A.1.199 firmware ftf is out, we will let you know.

If you have also got 9.2.A.1.199 firmware update on your Xperia TX then do let us know. Drop your comments below.