After using many alphabets it seems Sony Mobile will use now “G” with its Xperia lineup, just now @ViziLeaks has leaked first live pic of Xperia G where it is placed beneath Xperia Z1. Except the name and pic of Xperia G nothing has been leaked regarding specifications of Xperia G from the original source, except that it has mediocre specs. It is pretty clear now Sony is gearing for more Xperia smartphones in Q1 of 2014 as we have already seen Sony D6503 Sirius in various alleged pic previously and today also where it was put besides Xperia Z and Xperia Z1.

Have a look at the pic of Xperia G below, you can clearly see that its right profile looks exactly similar to Xperia Z1 Compact but the frame size of Xperia G is a bit smaller than Xperia Z1 may be a 4.6″ screen display or a 5″ inch screen display in a smaller frame like Xperia ZL and Xperia ZR. 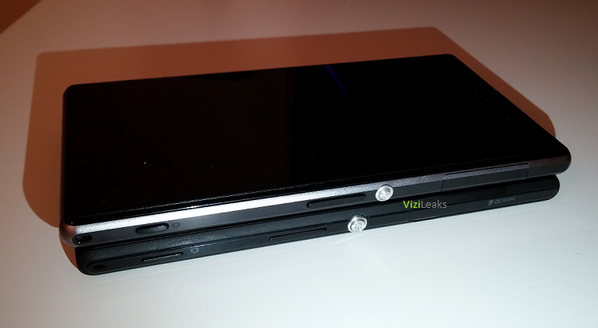 Xperia G follows same “Omni-Balance” design, bigger external camera shutter key and the frame of Xperia G looks like made of plastic; it may be the color saturation but nothing can be said right now.

#Sony pumping out devices following the flagship design with mediocre specs, here is the latest… #Xperia#XperiaGpic.twitter.com/610dbmouNJ 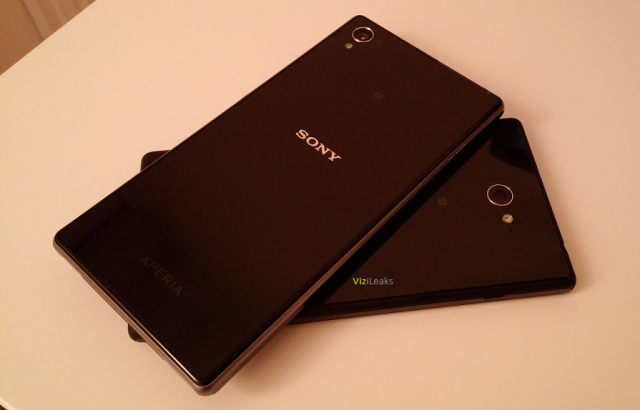 Yesterday we spottedSony D5103 in GFX Benchmark database featuring a  720p HD display ( 1280×720 resolution )  powered by 1.4 GHz quad core processor MSM8226 Snapdragon 400 and Adreno 305 GPU and running KitKat android version. Well there may be a chance that Sony D5103 is Xperia G actually but no confirmation on it also. We have tweeted to @ViziLeaks, not expecting a reply though confirming the same.

What do you think guys regarding Xperia G, Sony’s new device to capture mid range device market. Drop your comments below.