Xperia Z1 Compact is the mini version of mighty Xperia Z1, features exact similar specifications of a flagship device in a smaller 4.3 inch screen size and 2300 mAh battery power. We are now stacking up Xperia Z1 Compact vs Xperia Z Ultra. Check the post below. We are not criticizing either of both phones for screen display, we are just putting up one against another so that users can check it out for fun 😉

Have a look at pic below we put Xperia Z1 Compact on Xperia Z Ultra and it feels so tiny in front of it. 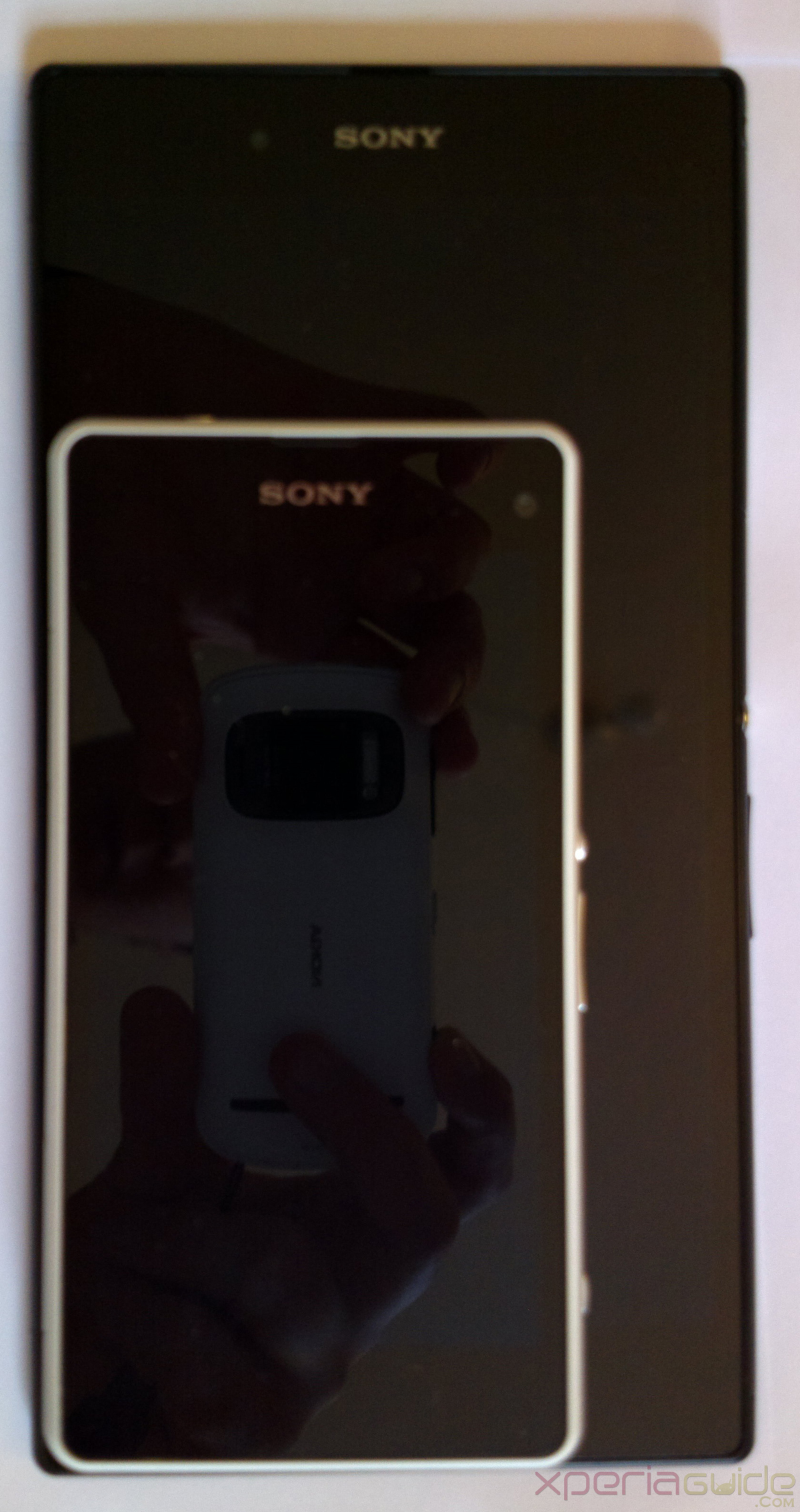 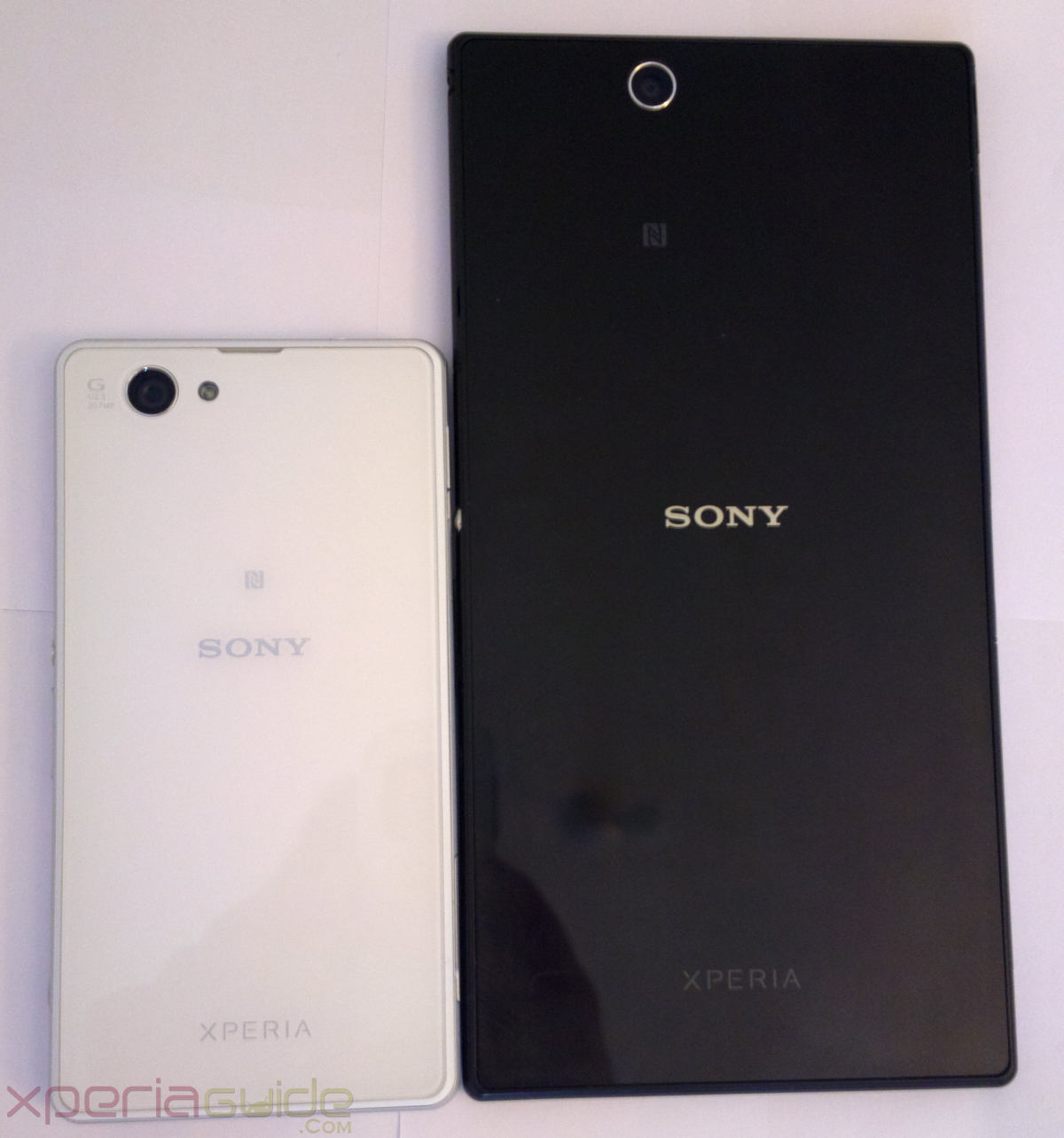 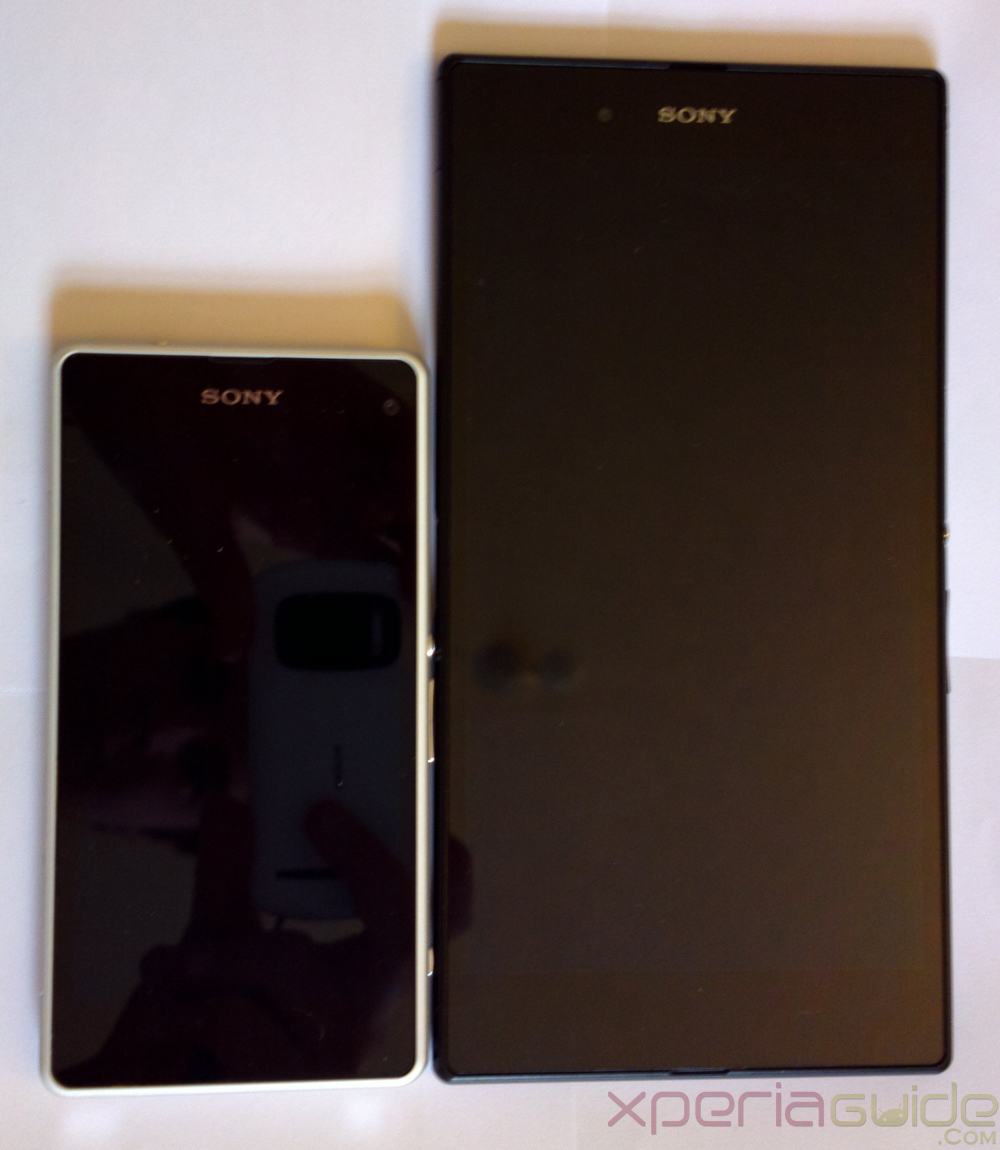 Xperia Z Ultra has a thickness of 6.5 mm while Xperia Z1 Compact has 9.5 mm. Check below the difference in thickness of both phones. 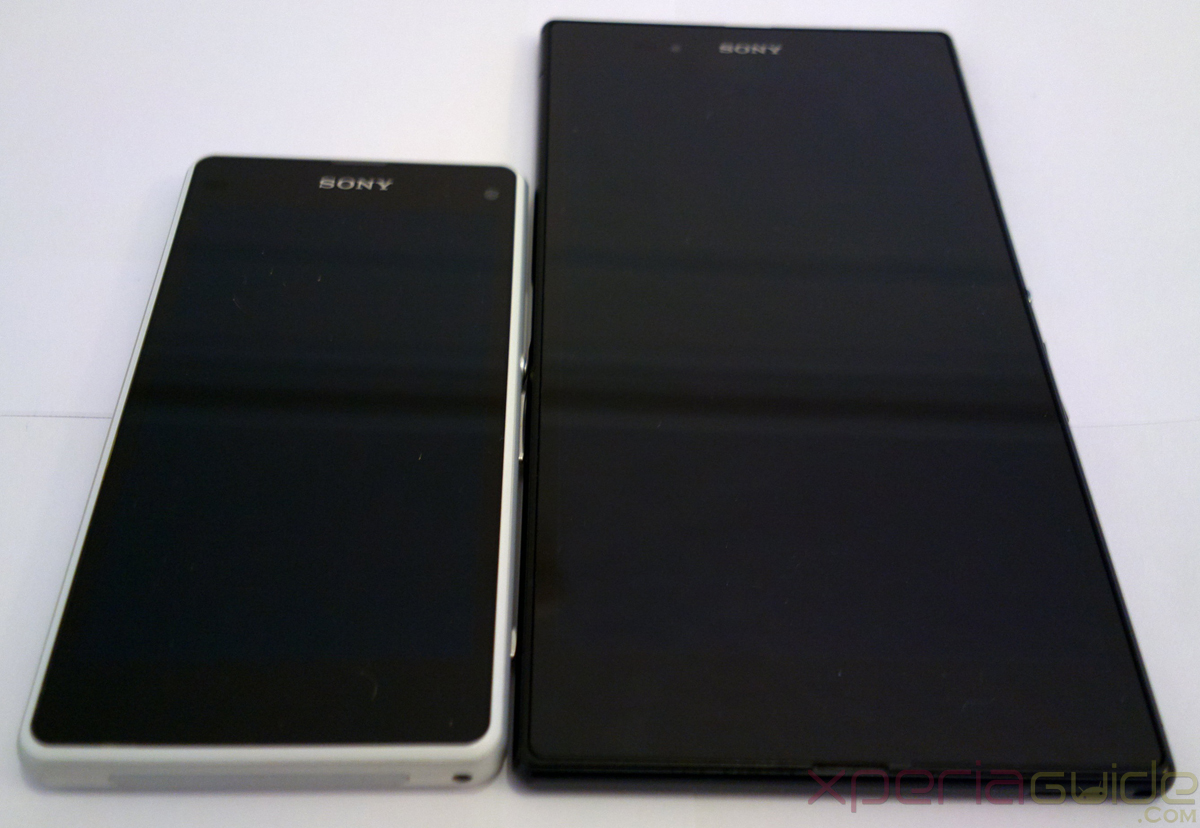 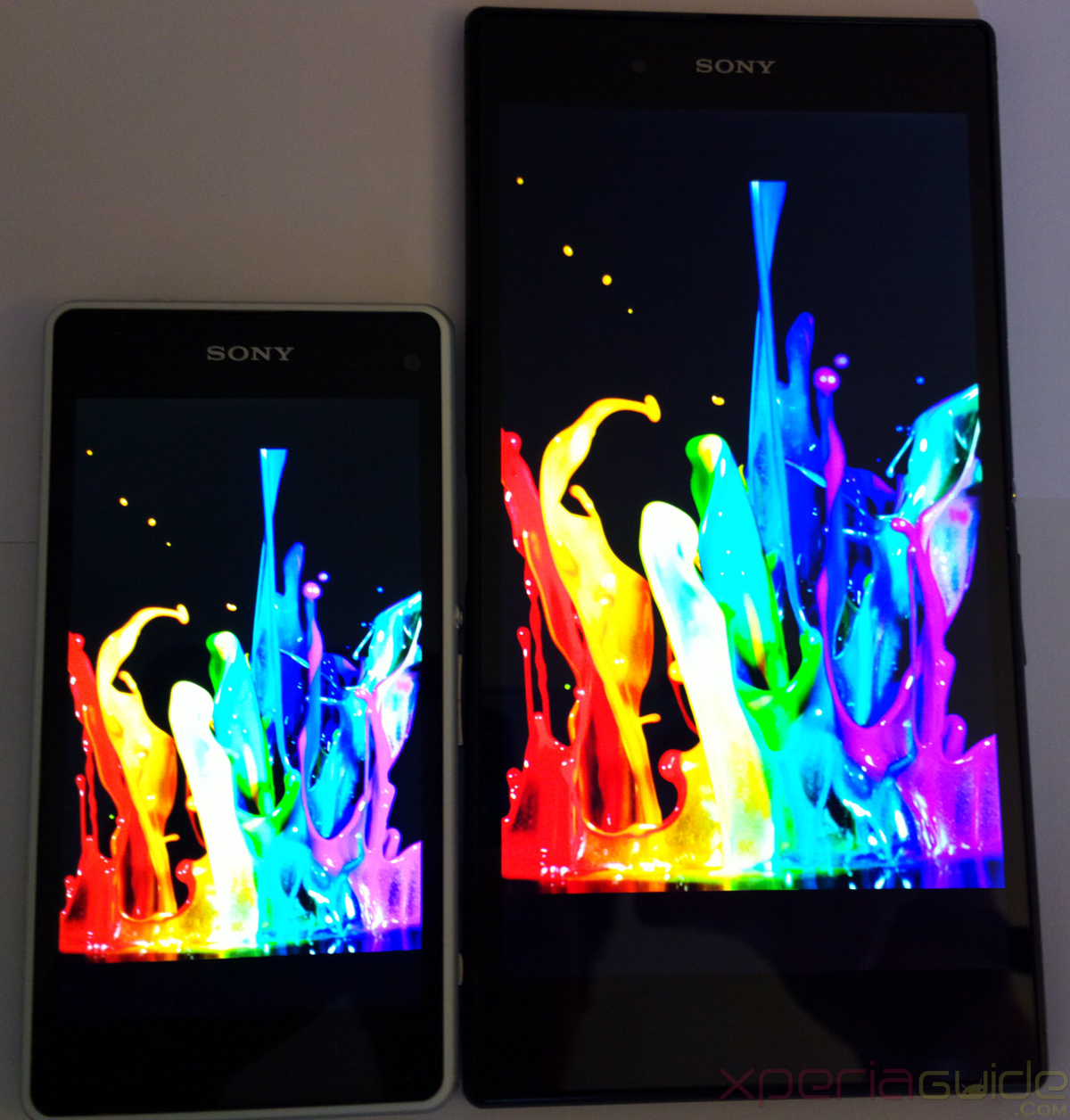 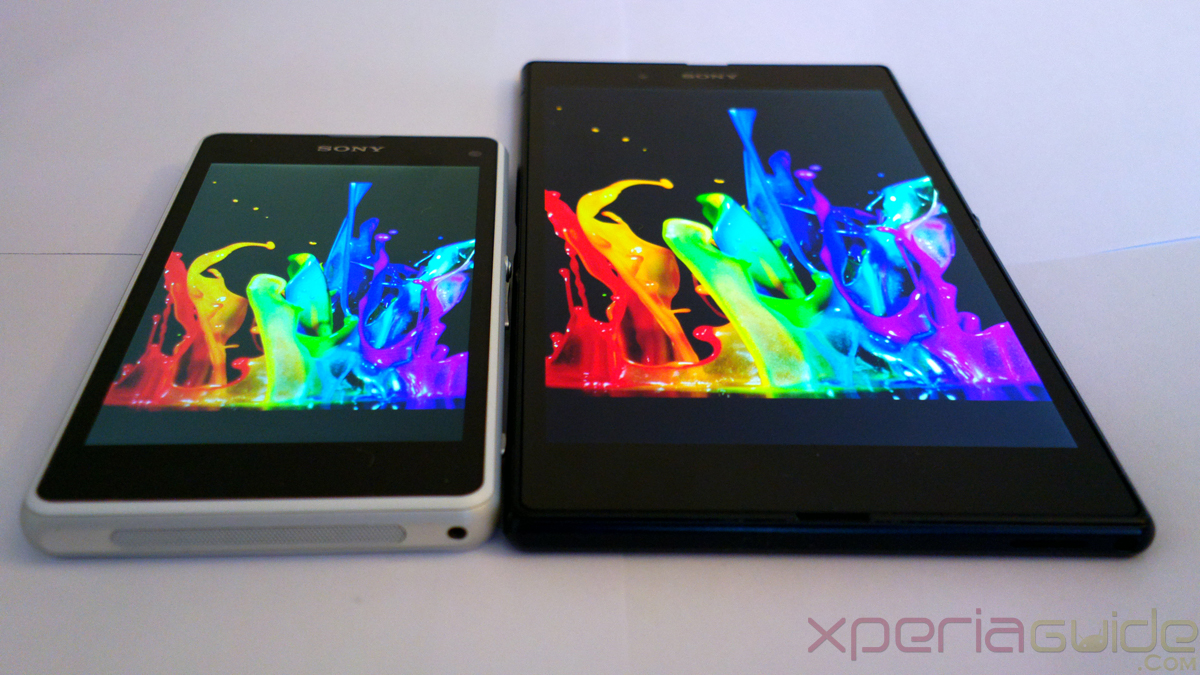 Let’s have a look at whites on both devices. 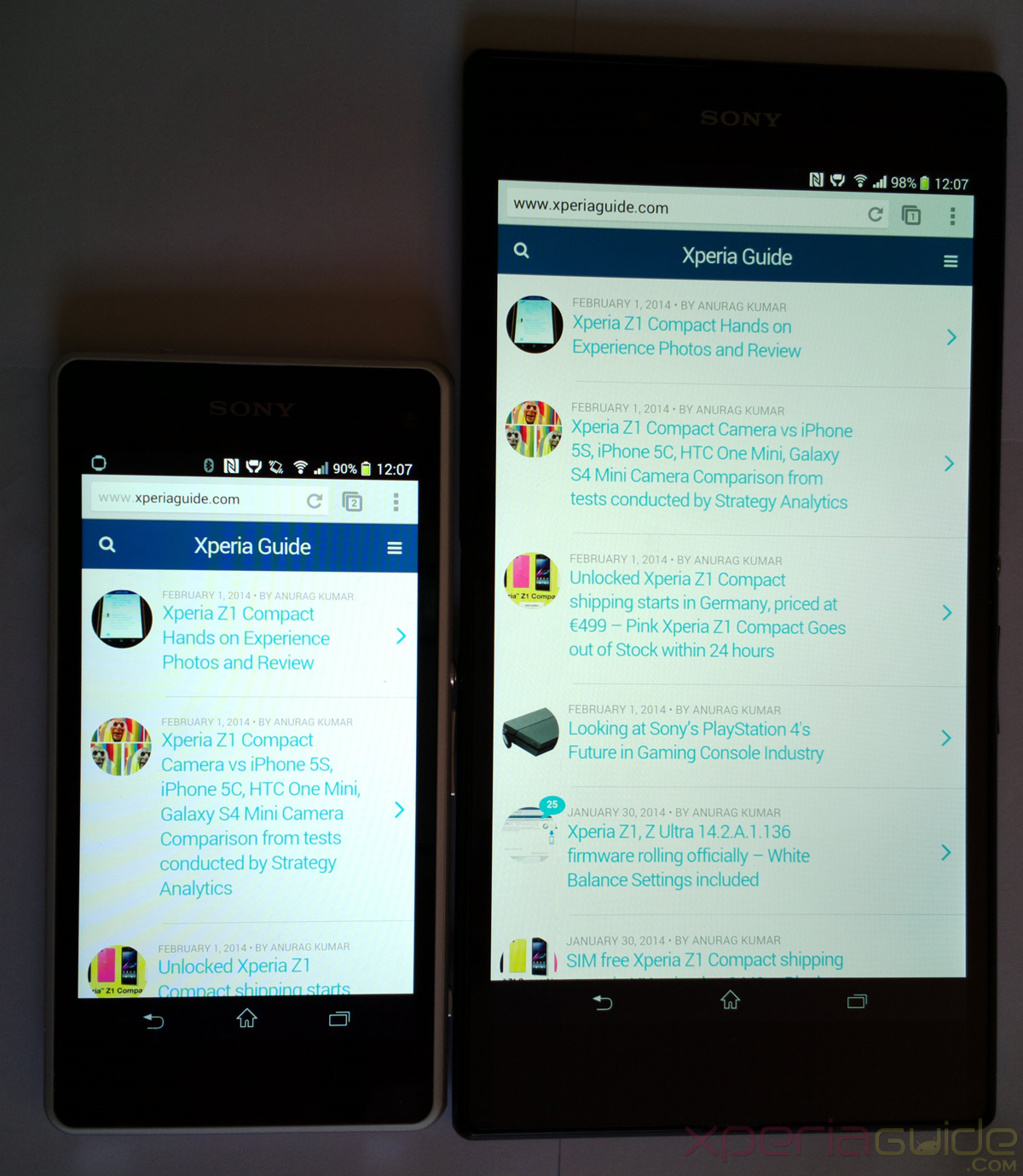 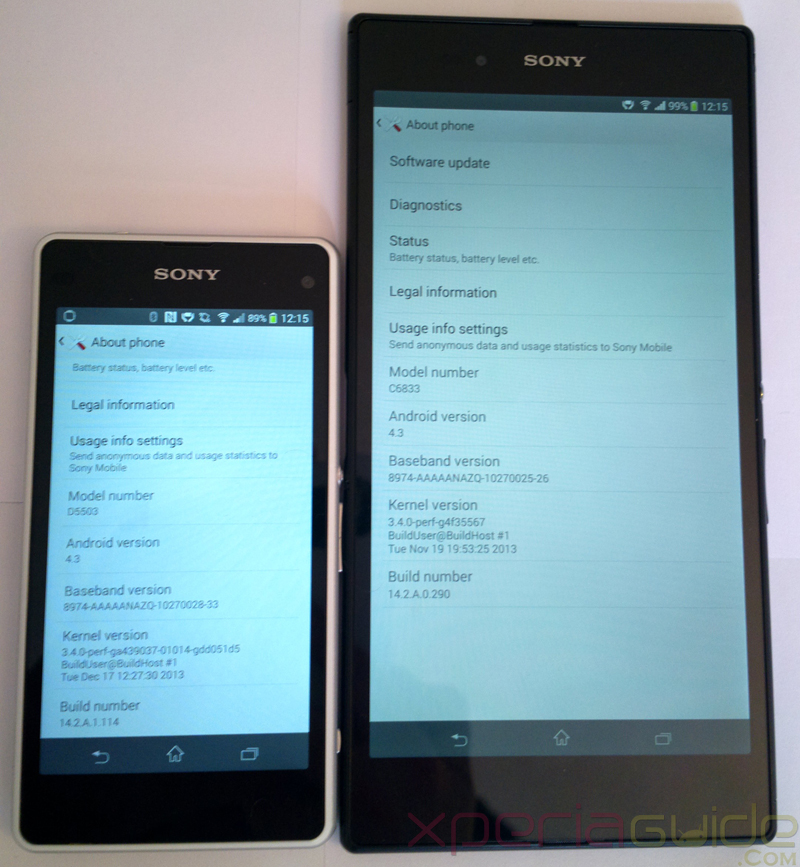 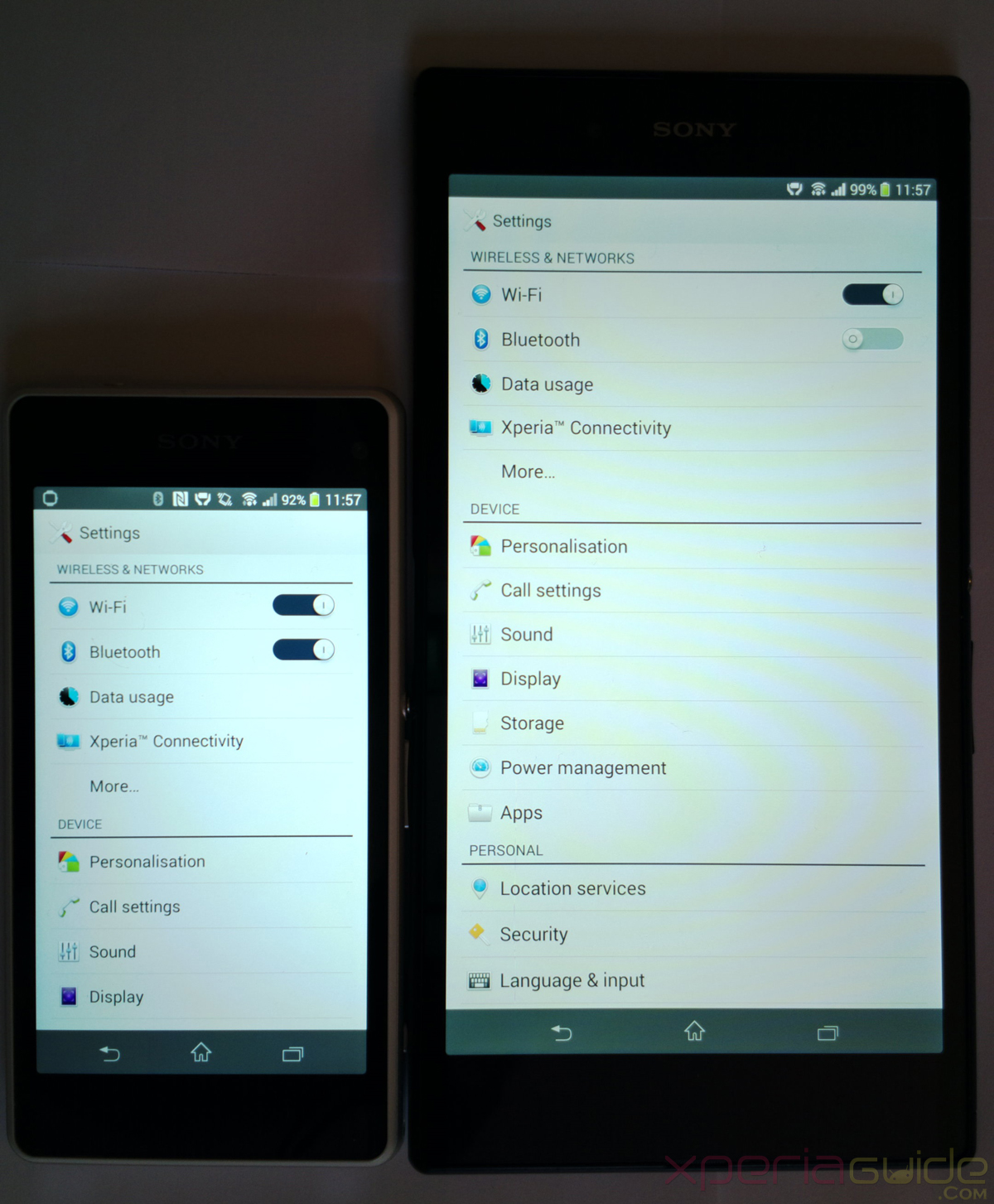 Well screen on both handsets is beautiful and with good viewing angles while whites on Xperia Z Ultra were a bit warm may be because of yellow hue, which can be altered using white balance app.

Thanks Henry Green for pics 🙂