Some sources reports that Sony D2303 is expected to be a LTE version and Sony D2305 as HSPA+ version of same Xperia smartphone, whose exact model number is still unknown. Let’s take a look at certification of Sony D2303 and Sony D2305  at Indonesian Postel. 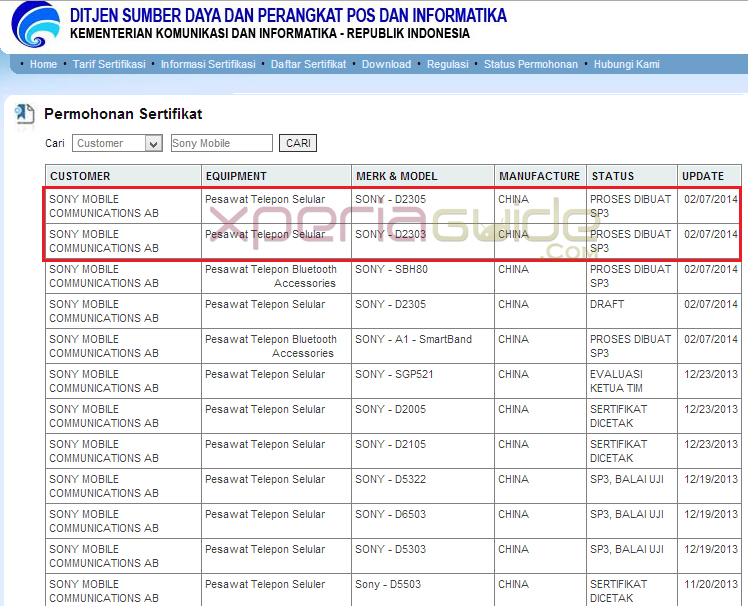 We searched AnTuTu benchmark database, but there is no record of Sony D2303 and Sony D2305 for now. It seems Sony D2303 and D2305 are mid ( low ) end devices just like we saw Xperia E1 a few days ago. We may seem them at  MWC 2014 event but it seems very unlikely if they make an appearance.

What do you think fellas, introducing some good mid range devices is a good strategy to target customers, as not all can buy high end devices.  Drop your comments below.