Android 4.3 14.2.A.0.290 firmware update has landed on Xperia Z1 finally yesterday which fixed the camera breaking bootloader issue and brought new Xperia themes and smooth UI. Besides that yellow hue issue is still present on Xperia Z1 for many users and they are complaining again that Sony still not calibrated the display for better whites. If you don’t know what “Yellow Hue Issue” on Xperia Z1 is exactly do check our detailed report on that issue.

Is it a hardware issue or software issue, debate still continues while one stock Sony app “White Balance” can get rid of it which was seen in Xperia Z first. It is strange that Sony has neglected keeping this app on Xperia Z1, don’t know why. Well till now no one came up with any port of installing white balance app on Xperia Z1 but now it has come finally 🙂

How to Install White Balance app on Xperia Z1 ? 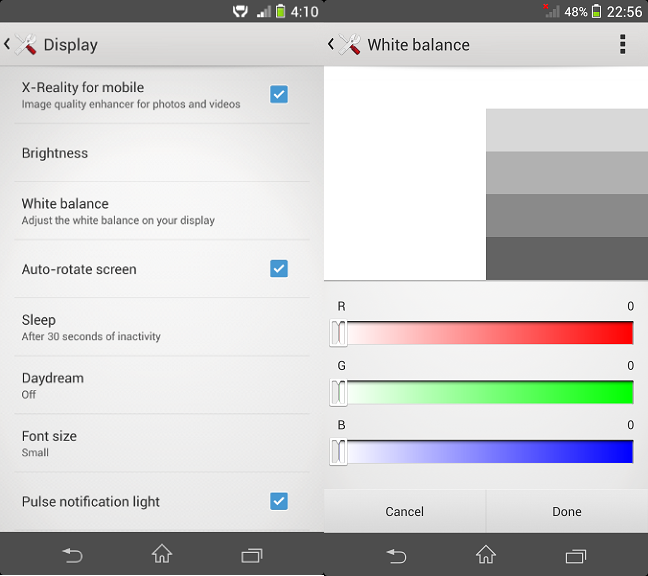 It’s done now 🙂 Now adjust the white balance settings according to your level of yellow hue on Xperia Z1 screen.

A good news came, Sony Xperia support staff member Rickard says that “White Balance settings in Xperia Z1 is planned for an update due in January 2014“. When we asked him which update he is referring to Android 4.3 or Android 4.4 ? He refused to answer on this issue. 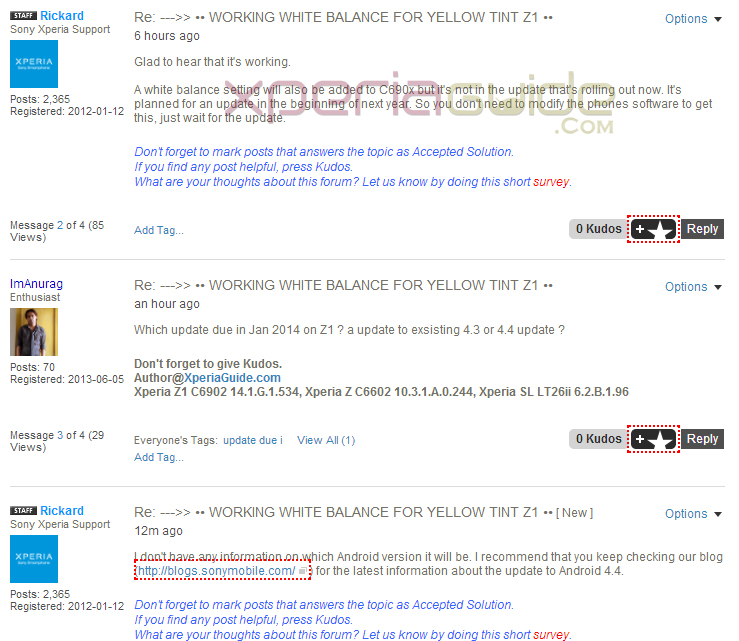