As when every Xperia user is waiting for android 4.3 to be officially rolled out, it seems something fishy has come up. An XDA user
Zack0905 claims that he has got android 4.3 14.2.A.0.290 firmware OTA Update on his Xperia Z Ultra. Though nothing else specific he has posted regarding this 14.2.A.0.290 firmware update on Xperia Z Ultra except that he has unlocked device and so can’t update it. WE STILL DOUBT THE ANDROID VERSION.

Original poster has posted the OTA update 14.2.A.0.290 package which he downloaded on his Xperia Z Ultra. Yesterday was saw leaked screenshots of Xperia ZL Android 4.3 10.4.B.X.XXX firmware and a lot ago we found via handset detection that 14.2.A.0.2XX build is running as Android 4.3 on both Xperia Z1 and Z Ultra and more specifically 14.2.A.0.290 is running now as testing version. So OP’s claims seems true, but we are not sure though as because below update don’t say it is android 4.3.

Check below the OTA update notification of 14.2.A.0.290 firmware on Xperia Z Ultra. 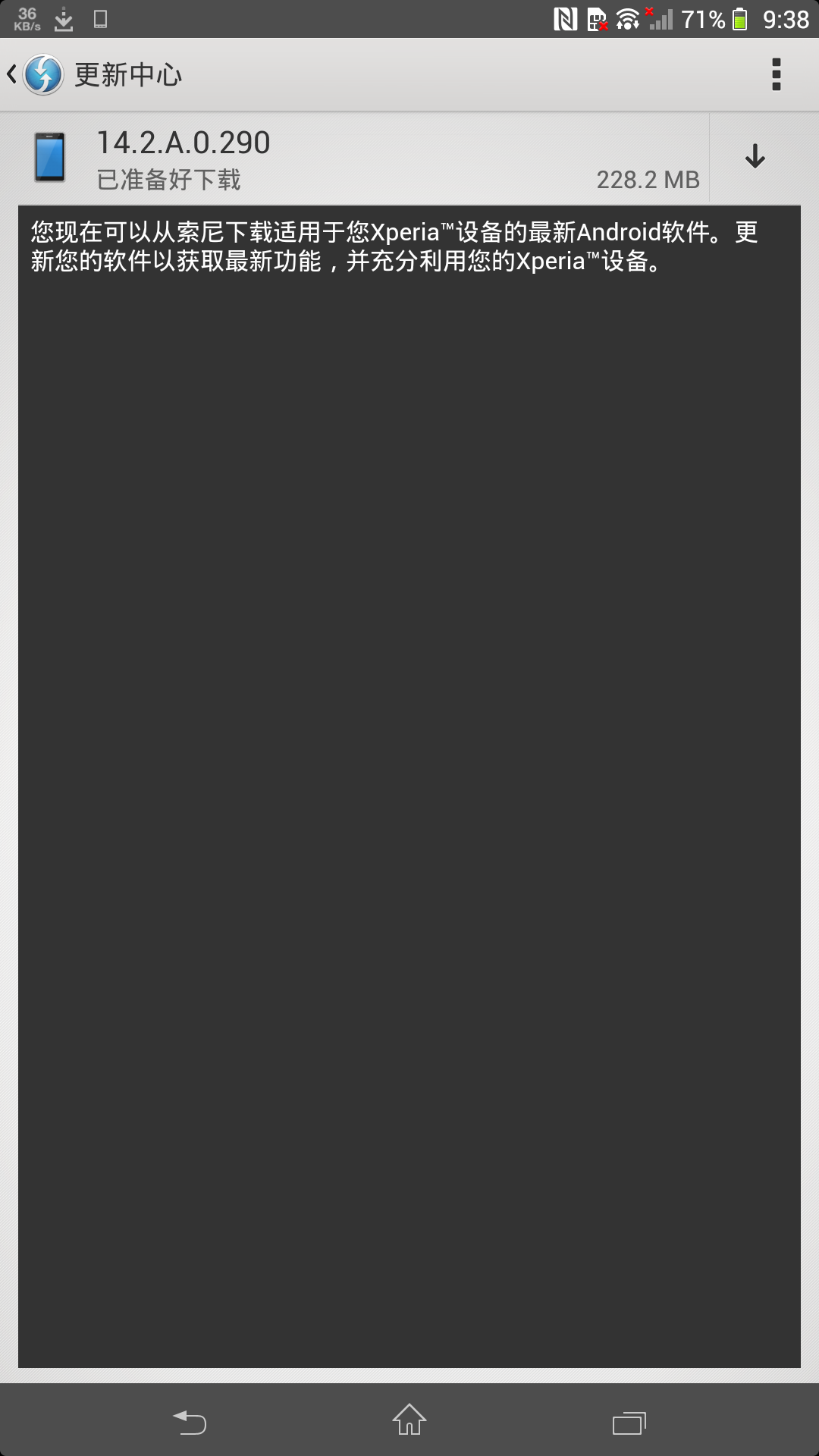 Those who want to dig more into this 14.2.A.0.290 firmware, there is also the package file of this OTA update. Check below the link.

NOTE : We haven’t seen any other Xperia Z Ultra user yet coming up with the claim that he has got this update notification and is it android 4.3 or not. So nothing can be said yet which android version it is actually.

If any other Xperia Z Ultra user has got this 14.2.A.0.290 firmware notification on Xperia Z Ulta, then let us know. Comment below with the screenshots and other details if you have any.