Check in your update center app it may or may not be showing a notification for Walkman app version 8.0.A.0.3 OTA Update as shwon below. If yes download it otherwise look for the manual downloading link below. 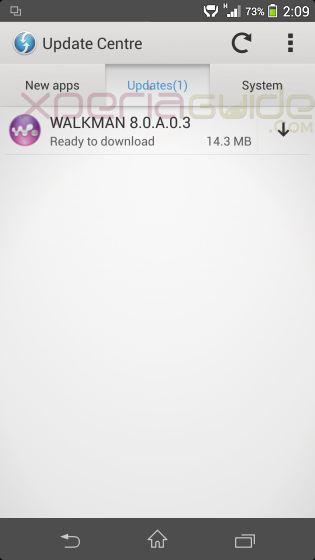 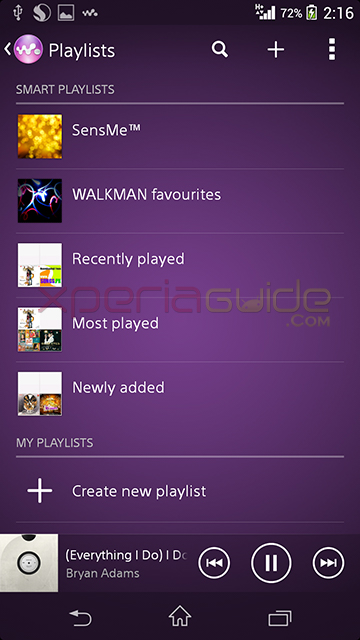 Though “Track ID History” didn’t appear for us, may be because of the Track ID version installed.

Below Walkman file is extracted from our Xperia Z1 C6902. 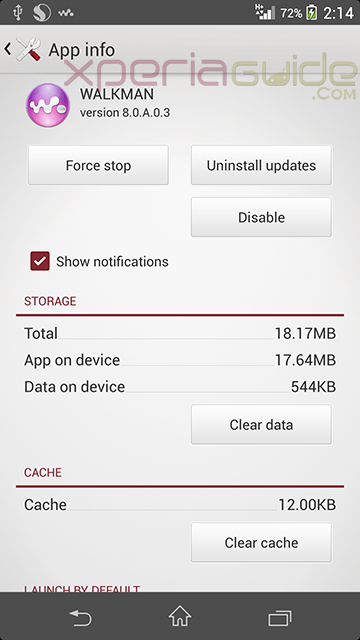 Just for sake of concern do let us know which Track ID version you are playing, we have version 3.82.06 installed on our device. Xperia L, M, SP, T, V, S, SL, Acro S, Ion, E, J users try installing the app, it may work.

Download the Walkman app version 8.0.A.0.3 and let us know if it worked on your device or not. It seems pretty nice till now, let us know if you find any other major changes in the app other than mentioned by Sony.

15 Comments so far. Feel free to join this conversation.