Xperia Z1S  spotted on Sony Mobile Global Site, a moment ago and hyperlinked to Xperia Z1 page but the weird thing is that Sony Mobile took down the listing of Xperia Z1S within an hour of putting it live.

Xperia Z1S ( “S” being used in superscript to Xperia Z1 ) on the listing page.

First let us show you the screenshot of Xperia Z1S listed on Sony Mobile Global Site. 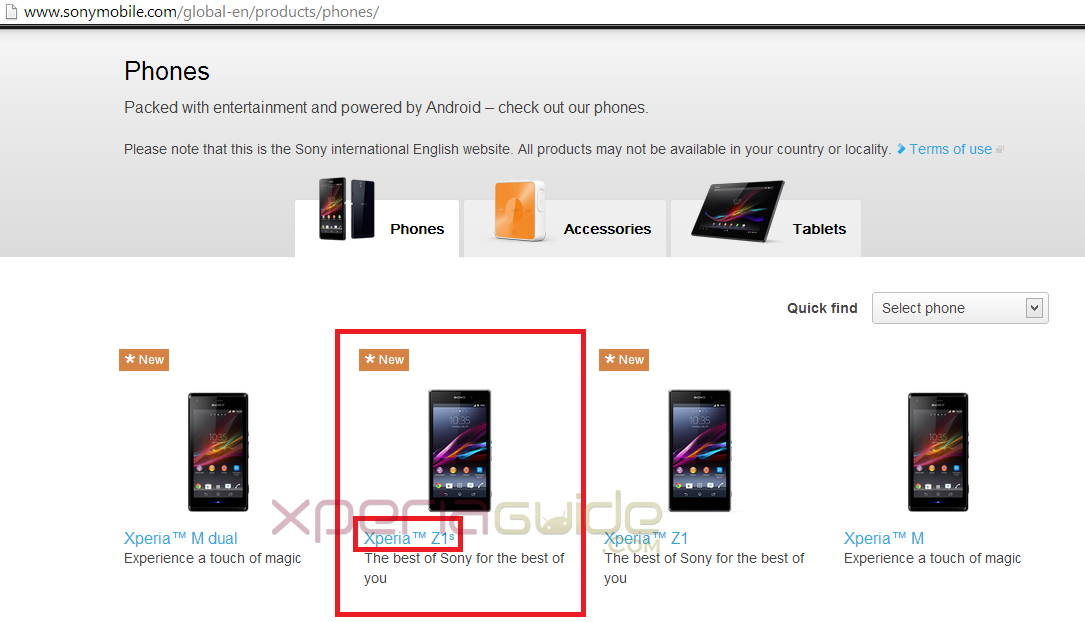 Note :- For all haters who think that the above image may be edited, they can also check the below image which is the full screenshot of the page taken by us. *Click on the image to Zoom 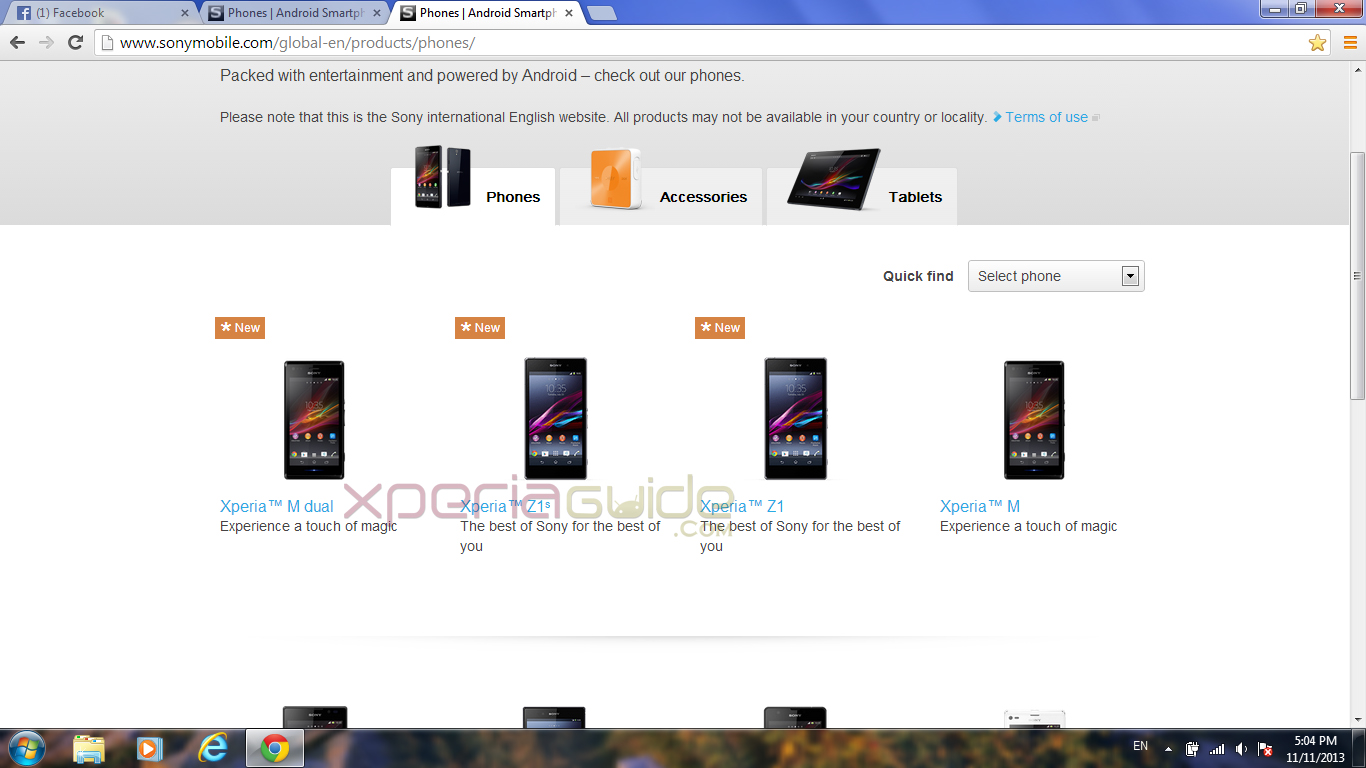 Well we heard an interesting rumor sometime back that Sony is about to launch Xperia Z1S and another device codenamed as Xperia Taichi to be unveiled on November 12 at Shanghai Press Event. Well there is no official source for this rumor but it may be the case that after seeing the listing of Xperia Z1S on Sony Mobile site and taking it down then, has given hope that the above rumor may come true soon…

Xperia Z1S may come up with below specs :-

Above listing of Xperia Z1S has certainly sparked its existence rumors now, hopefully we will see it soon. What do you think guys on this…

Thanks Ben for detailed screenshot 🙂