Sony Xperia Z1 has finally come to India officially, in an event organised in New Delhi today it has been launched with great enthusiasm just like the launch of Xperia Z. Kenichiro Hibi ( MD Sony India ) and Bollywood actress Katrina Kaif unveiled it. Xperia Z1 is available for sale in Europe from 4 Sept after its unveiling at IFA 2013 Berlin event. 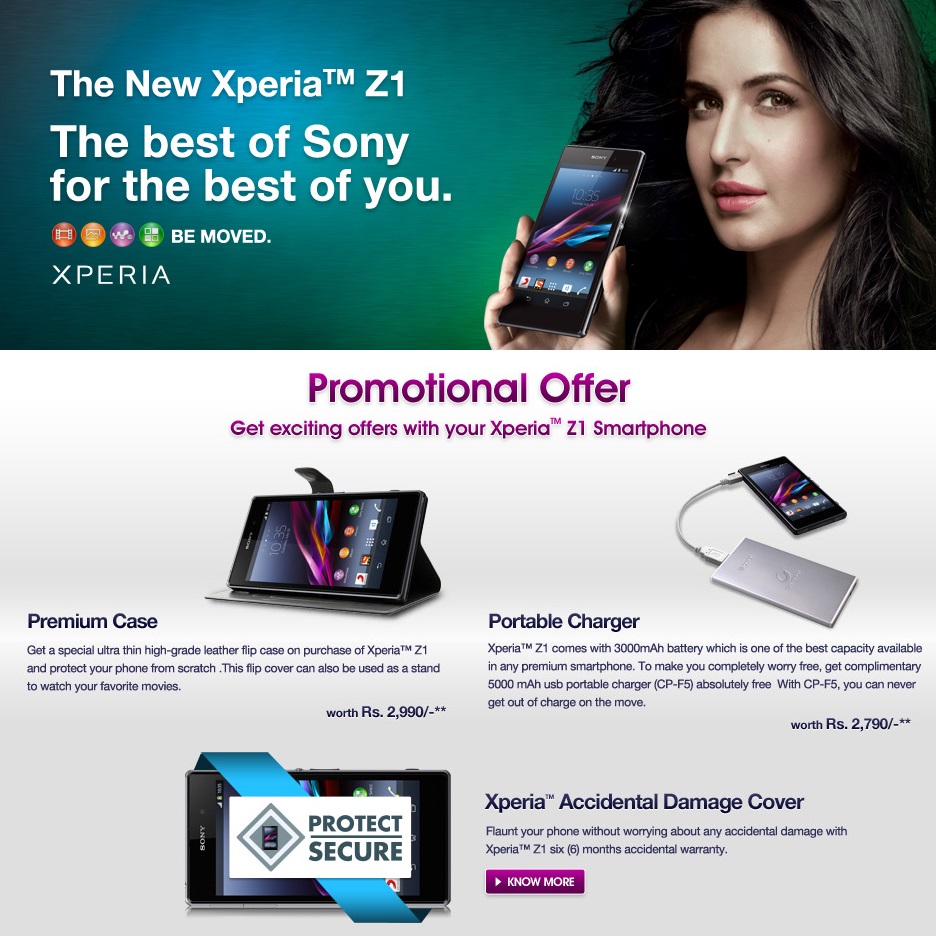 Xperia Z1 is insanely powerful device and its’ decent price tag in India gonna sell it like hot cakes as it’s competitor Galaxy Note 3 is launched at much costlier price Rs49990 which is around 5K INR more than price of Xperia Z1.

So if you are looking to buy Xperia Z1 in India, buy it now as above promotional offer will be valid for only a few days.

Click on Below links to buy Xperia Z1 from Flipkart at Rs 42999. Free home delivery and COD available.

What’s your reaction at the price tag of Xperia Z1 in India, let us know…Drop your comments if you face any difficulty in purchasing Xperia Z1 from Flipkart.