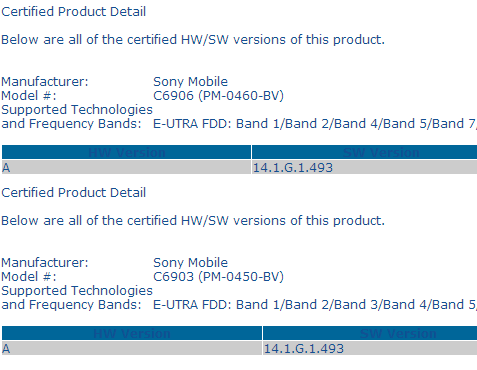 Well one thing is certainly clear that Xperia Honami is not a rumor now, this device is soon about to come and we will definitely see it’s launch in a few weeks ahead. Yesterday a White Xperia Honami was snapped, comparing it with Xperia Z and iPhone 5.

Are you surprised over this unusual certification of Xperia Honami firmware, let us know in comments…