As when Sony mentioned on their official blog that Xperia S, Xperia SL, Xperia Ion and Xperia Acro S will be getting Android 4.1.2 Jelly Bean update by the end of month May then it created a lot of disturbance among Xperia S and Xperia SL users which can be easily seen on various popular forums and other blogs, even you can notice the comments on the Sony’s official blog.

At present both Xperia S LT26i and Xperia SL LT26ii are on Android 4.0.4 ICS version. As stated officially Xperia S and Xperia SL users have to wait till the end of month May but the XDA Developer DooMLoRD has leaked the Xperia S/SL android 4.1.2 JellyBean firmware 6.2.B.0.197 with a porting method. Leaked firmware 6.2.B.0.197  for Xperia S and SL are not the official release, mainly meant for developer (Brown) handsets but as when tested on consumer (Red) handsets, it is working smoothly with all features. While installing the firmware, if anything happens to your device then neither developer nor us are responsible, proceed further at your own risk.

Before flashing the ROM it always advisable to back up content on your device. To take a back up on your Xperia S/SL, connect your phone to PC > run PC companion > Click on option “Back up and Restore” > Proceed with further options shown on screen.

It is very easy to install via recovery, comes with pre-installed busybox. and working CWM recovery included in kernel. Download the Jelly Bean ROM for Xperia S / SL from below link:-

Now you are done installing leaked Xperia S/SL android 4.1.2 JellyBean firmware 6.2.B.0.197. Enjoy the jelly bean on your phone and its features.

What to do if Status 7 Error comes ?

As when you are flashing update.zip file via recovery, just extract boot.img which has pre-installed CWM recovery, from the ROM you pasted in your SD Card and then flash the file using fastboot then enter ROM and now flash it via recovery. 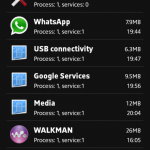 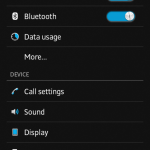 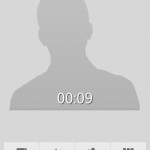 As this is only the leaked version of what Xperia S and Xperia SL are going to get in the official Android 4.1.2 Jelly Bean update but it may be the case the some features may be missing or updated as compared with this leaked ROM. Do let us know if you have updated this leaked Xperia S/SL android 4.1.2 JellyBean firmware 6.2.B.0.197  on your phone. Do you like the Sony’s Jelly Bean flavor to Xperia S and Xperia SL.